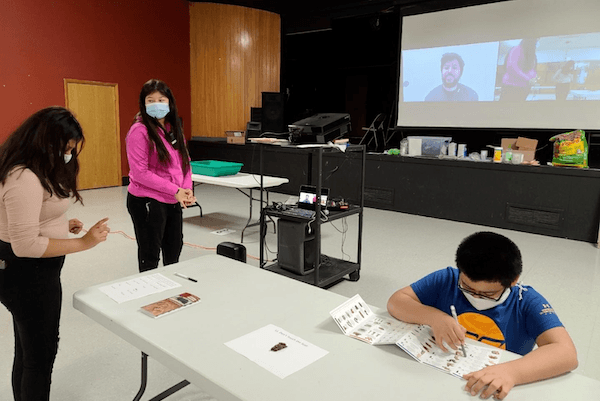 Thanks to an ongoing partnership between the Lincoln Park Zoo and the True Value Club, zoo staff were able to virtually connect with middle-school Club members to teach them about wildlife and conservation.

The programming with Lincoln Park Zoo has been an important way for Club members to learn more than just about animals. Throughout the partnership, programs have focused on climate change, how plastic affects the world and exploring green careers.

Previously, the program had been held in-person, but when public health protocols moved the gatherings online, the zoo and True Value Club teams collaborated to co-create fun virtual activities over Zoom video calls.

One of the leaders spearheading the Lincoln Park Zoo’s youth relationship-building and community outreach is Eduardo Camacho, who is also an alum of True Value Club in the city’s Little Village neighborhood. Eduardo was an active member of BGCC’s Keystone leadership program and was always passionate about the planet and conservation.

Not only has Eduardo been a great liaison for this partnership, he’s also had an impact on Club members as an important mentor. It’s been eye-opening for BGCC's youth to see the impact an individual has on the planet and the powerful steps we must take to care for our community.