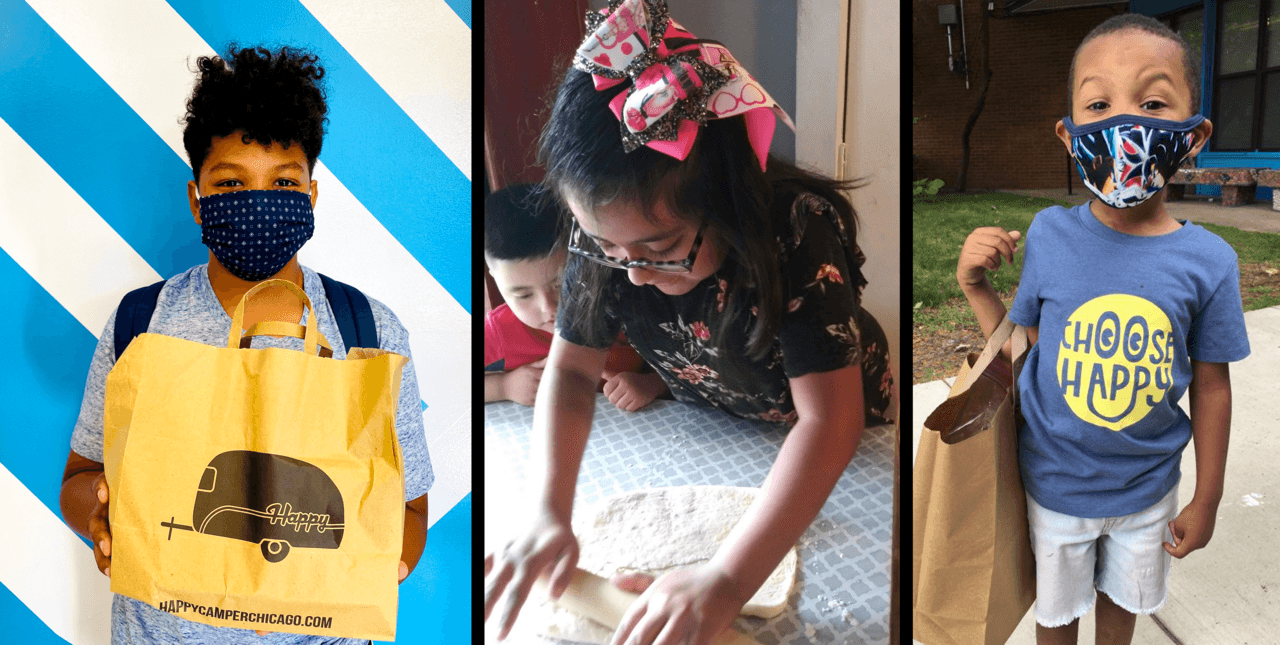 There is no shortage of opinions about favorite pizzerias in Chicago. However, a topic often neglected in the pantheon of pizza talk is the satisfaction of baking your own pie.

This summer, hundreds of Club families baked a DIY pizza kit at home, which was donated and put together by a local restaurant group. Every two weeks, staff from the group’s three restaurants (Happy Camper, Paradise Park, and Homeslice) assembled and delivered 130 pizza kits, each of which included two small pizza doughs, marinara sauce, a mix of mozzarella and provolone cheeses, pepperoni slices, garlic oil, cornmeal, and flour. Staff also included instructions on how to cook the group’s signature thin-style pizza with a flaky crust.

To say the pizza kits were a hit with Club families would be an understatement. In fact, the kits—the most recent addition to Boys & Girls Clubs of Chicago’s food program for families facing food insecurity caused by the COVID-19 crisis—were so popular, that Homeslice & Co. was able to boost their first donation of 100 kits to 130 for the final three deliveries. Club families snapped pics of their pizza-making process at home, sharing photos of kids teasing dough, spreading sauce, and sprinkling cheese onto their very own pizza pie.

“As a company, we felt it is our duty to give back to the city who has given their business to us throughout the years,” wrote Nicci Nunez, Brand Manager for the group. “Initially, we began with monetary donations but wanted to find a different way to help. With the closure of all of the Clubs due to COVID-19, we thought the pizza kits would be a fun STEM activity for members and their families to take part in, and hopefully spark a love of cooking in those who have not had the opportunity to do so before.”

In the end, it was another successful chapter in our city’s long, tasty, and ongoing conversation about the power of pizza.