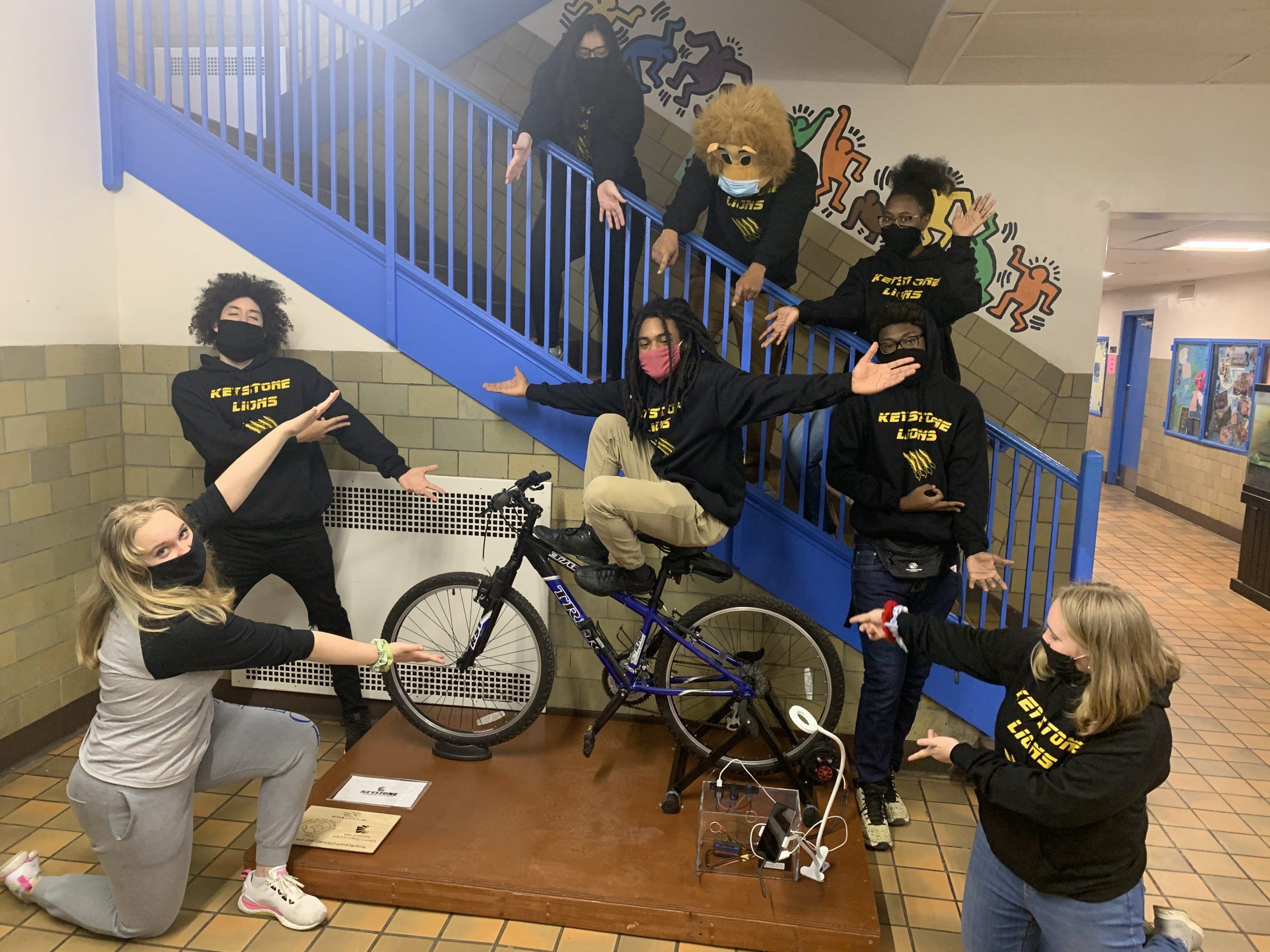 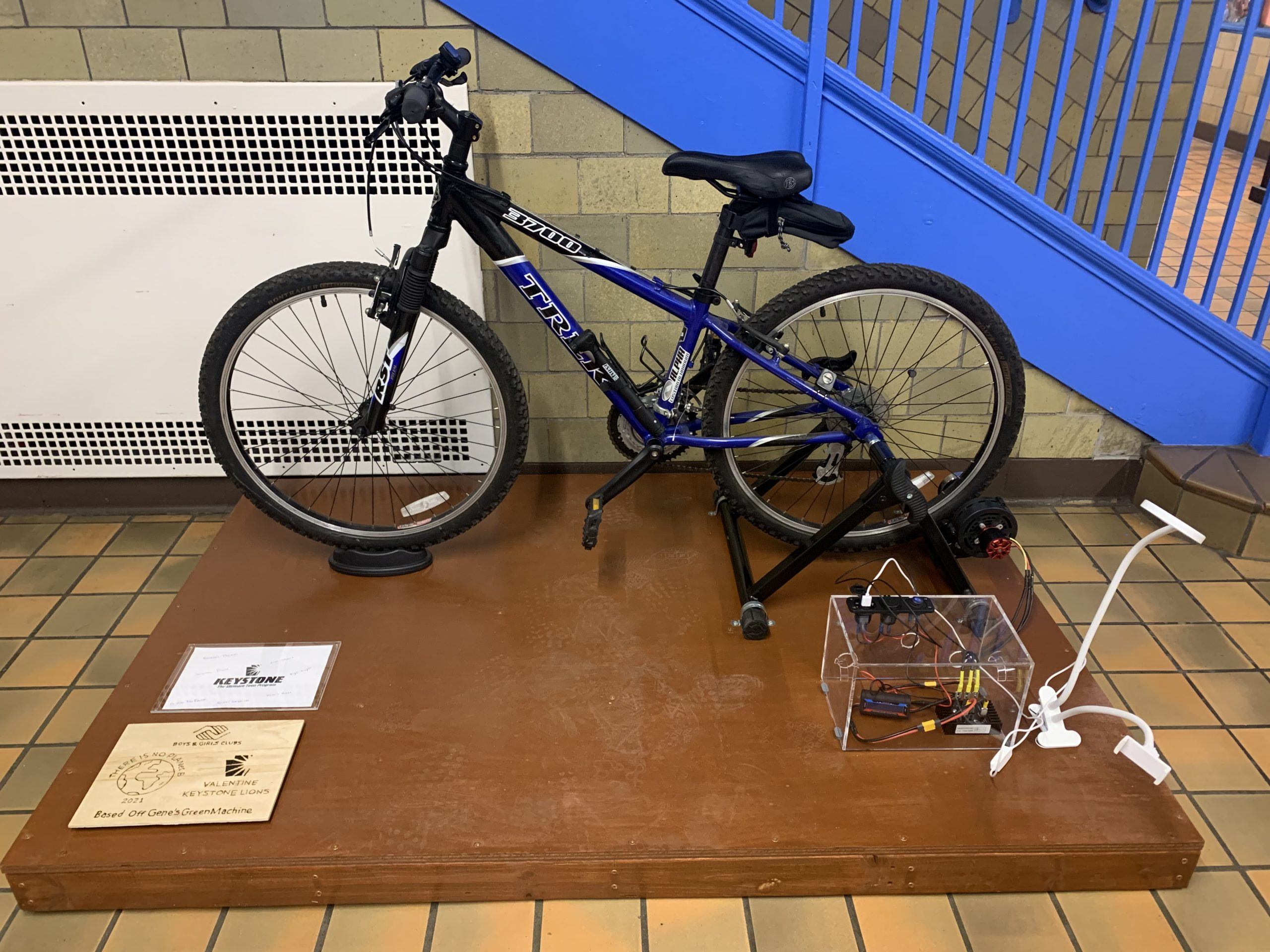 When the Valentine Keystone Club, a teen leadership group focused on service, was determining its 2021 Keystone National Project, it didn’t want to fall into the same old recycling programs or climate change workshops. That’s when Club member Nigel W. proposed the idea to create a bike that, when pedaled, would charge a cellphone using the energy put into the bike.

“This was a great opportunity to introduce the concept of renewable energy, healthy habits and our impact on climate change in one project,” Jonathon Rodriguez, Valentine Club Teen Coordinator said.

The Keystone Club worked on the project for several months and the cellphone charging bike was completed on April 15, 2021.

Not only did the members need to find the right supplies – and purchase them with money they fundraised – but they needed to ensure the project was safe. The Club intended the bike to be a tool anyone in the community could use, so they had to test each electrical part to make sure it worked and it was safe. When the bike was completed, the teen members built a frame for it. The bike is now proudly displayed in the foyer of the Valentine Club for anyone to use.

Seven members of Keystone Club participated in the planning and construction of the project, ranging from sophomores, juniors and seniors in high school.

“Keystone members not only learned about creating renewable energy but also learned the mechanical skills behind putting a rechargeable bike together,” Rodriguez said. “Throughout the construction process, members continually expressed their thanks and gratitude for learning and putting to use real-world skills.”

In addition to the bike, the Keystone Club also recorded a six-episode podcast, discussing climate change and the impact it has on all aspects of their lives. These episodes can be found on the Valentine Club YouTube page. The first episode was released on Earth Day.