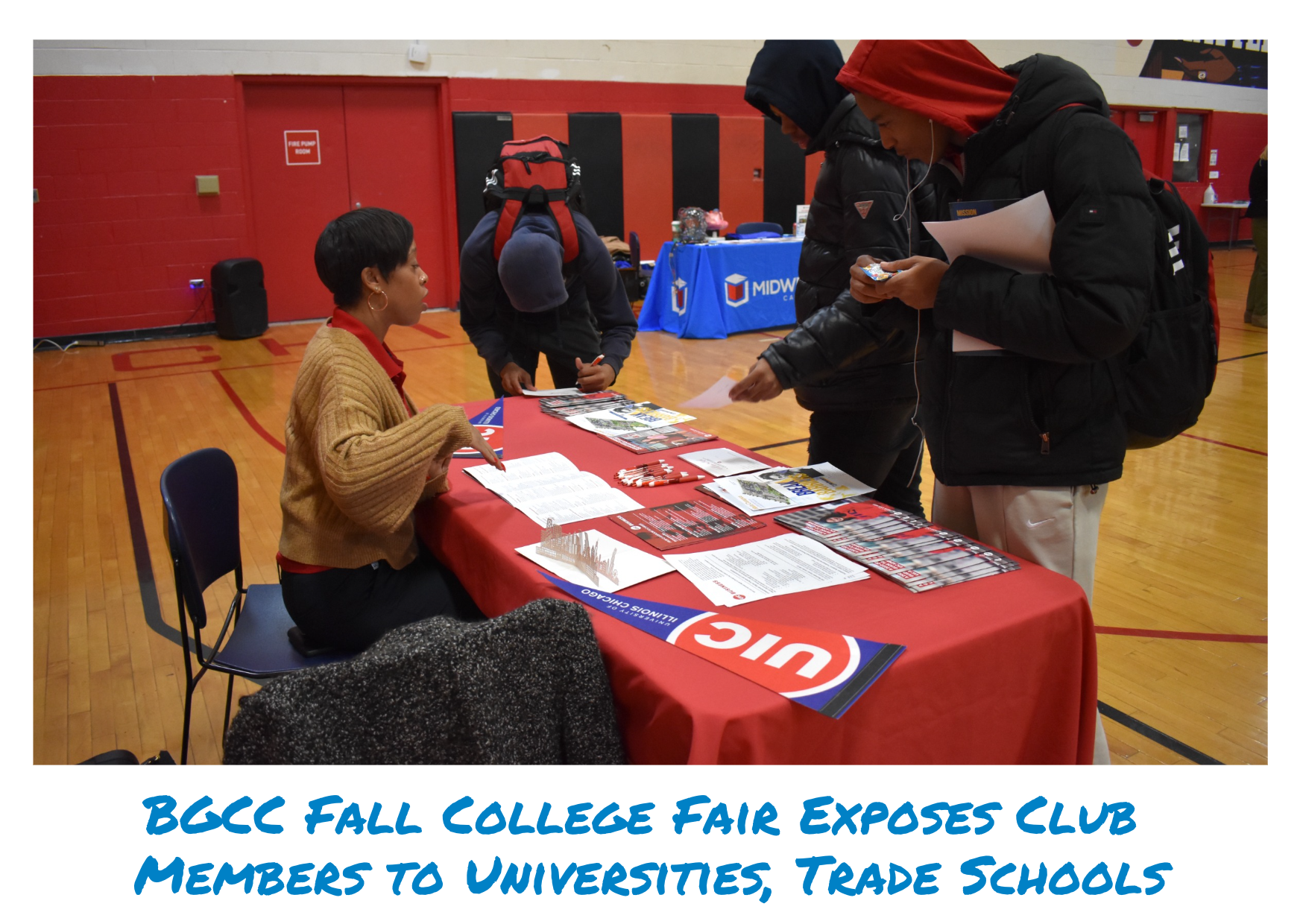 Recently, Club members attended BGCC’s Fall College Fair at the James R. Jordan Club and had a first-hand opportunity to learn about the region’s trade schools, community colleges, and universities.

One teen said they enjoyed learning about alternative post-high school programs. Another said they were excited to hear about all the scholarship opportunities. A younger Club member couldn’t believe there were so many career paths after high school.

Nearly 50 Club members participated in the event. While many who attended were in high school, plenty of younger Club members were ready to think about their futures after high school.

“It’s really important that we showcase all the exciting paths out there for our Club members after they graduate high school,” said Maya Pitts, BGCC College and Career Manager. “We plan to host several of these fairs so we can introduce more youth to the information they need to plan a great future.”