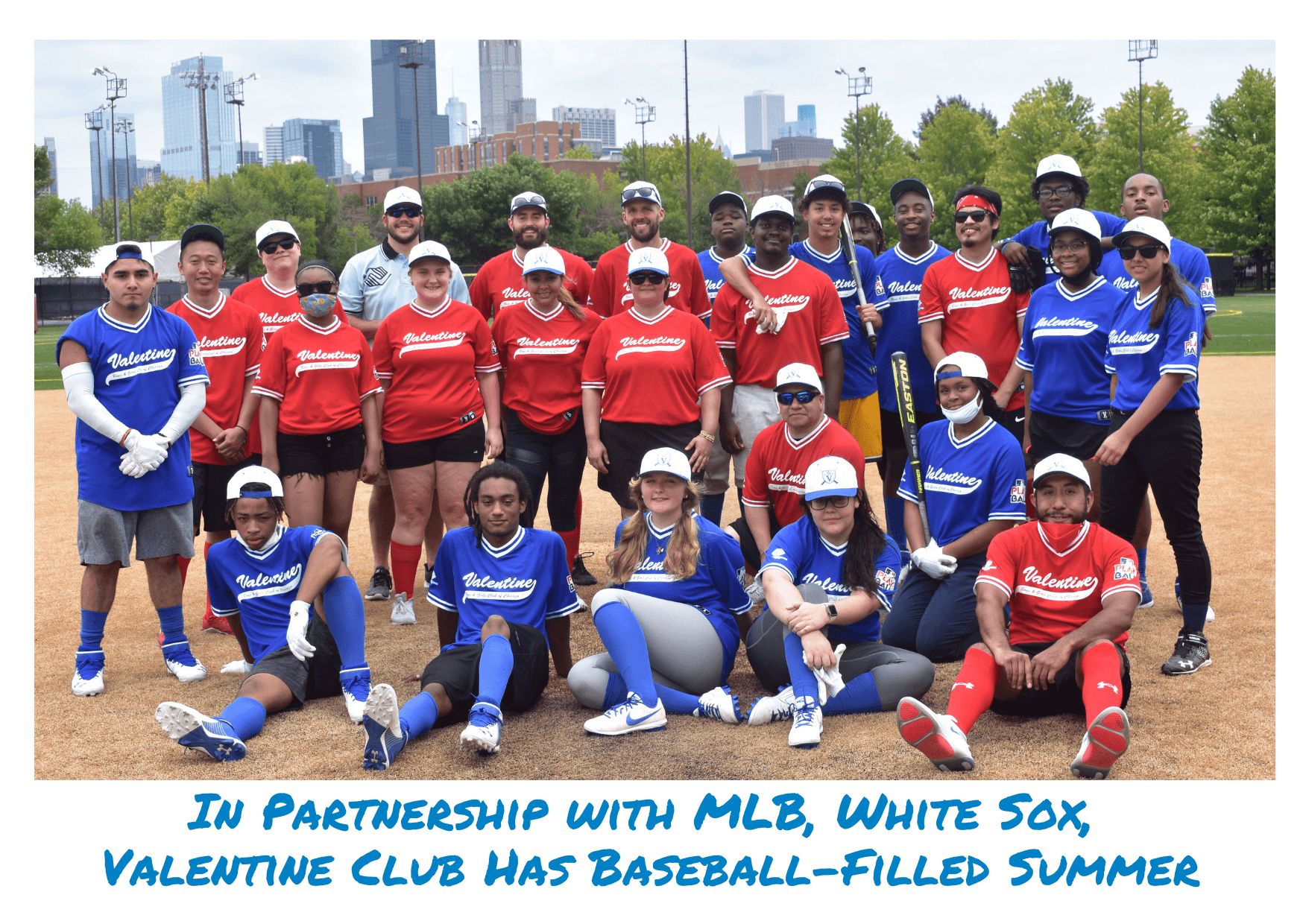 There's nothing like baseball in the summertime and the Valentine Boys & Girls Club got a healthy dose of it at this year's Summer Camp.

Thanks to a Major League Baseball (MLB) partnership with its Play Ball grant and BGCC friends, Chicago White Sox, the Valentine Club went all out to ensure its Club members had opportunities to learn baseball skills, compete and use proper equipment while playing.

It started back in July with the Pitch, Hit & Run skills competition and clinic run by our teens and staff. From trying to hit a strike zone with either a baseball or softball, hitting off a tee, and running from second base to home base as fast as possible, our kids had a great afternoon of being outside!

The kids' scores were submitted to MLB to be considered for a regional competition against others who also completed the Pitch, Hit & Run skills clinic.

The Play Ball grant also meant a Boys & Girls Clubs of Chicago staff vs. teens ultimate matchup in August. Both teams practiced throughout the summer to work on their skills, and it culminated in an epic game.

The game started with a ceremonial first pitch by former White Sox player Ron Kittle, who gave words of encouragement for both teams before the start of the game. Then the fun began.

The BGCC staff team took the early lead, led by Dawn Jimenez, Valentine Club Director, who pitched a scoreless first inning. However, despite their strong lead in the early innings, the staff team lost their stride and allowed the teens to tie the game 8-8 with three innings to go.

But the staff wouldn't let the teens off so easily. Their bats woke up and scored five runs in the bottom of the eighth inning to secure the win. But more importantly, everyone had a ball.

Playing at the University of Illinois at Chicago Curtis Granderson Stadium, the game had views of the skyline, a beautiful sunny day, and memories for all. 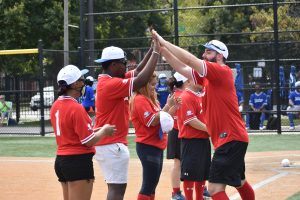 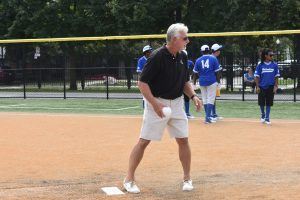 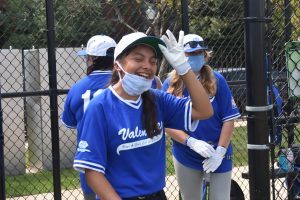 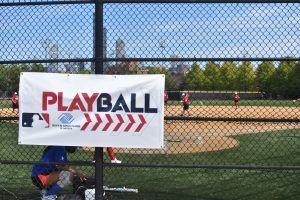 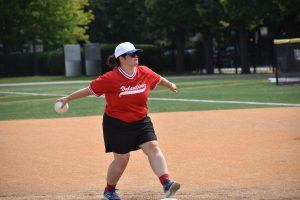 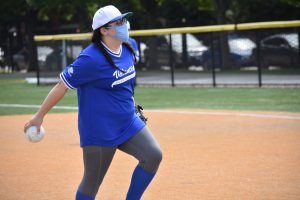 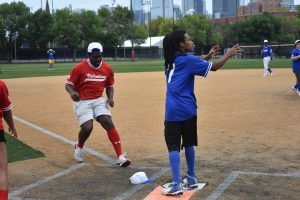 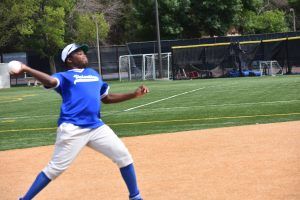 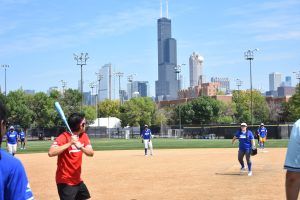 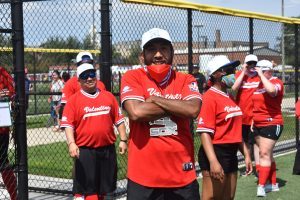 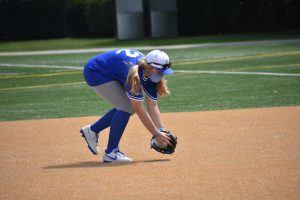 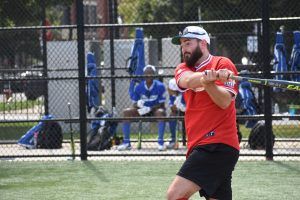 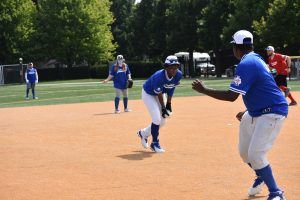 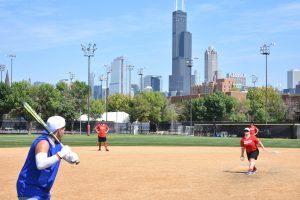 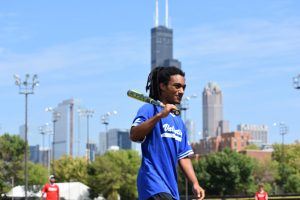 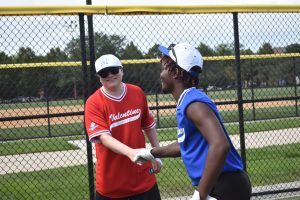 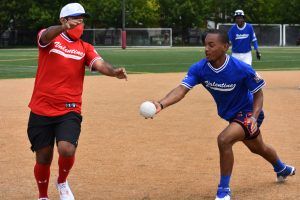 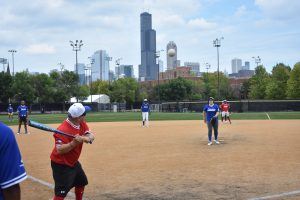 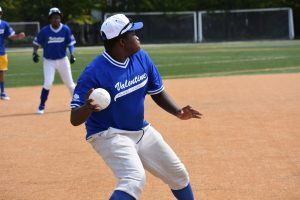 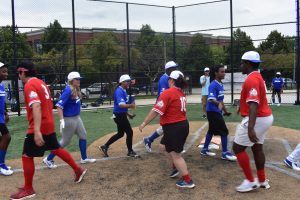 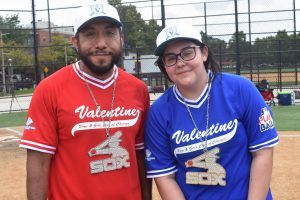 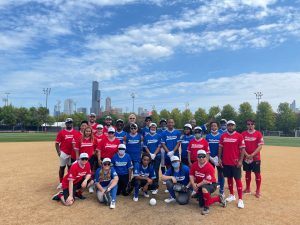 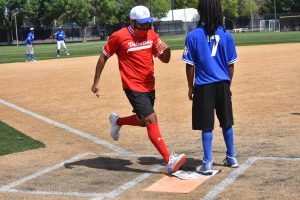