With Proms Canceled, BGCC Steps Up for Teen Members to Host a Virtual Prom 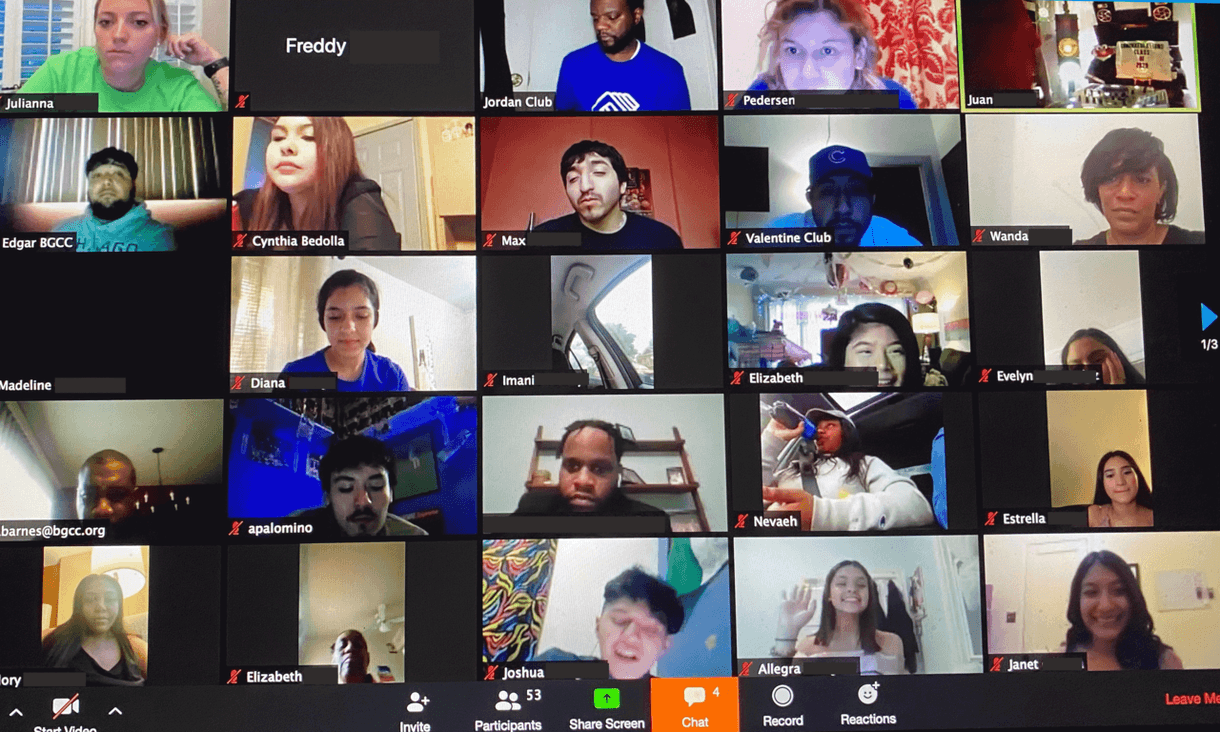 The dresses. The tuxes. The corsages, promposals, and parents insisting on taking way too many pictures. Prom and its traditions have been a rite of passage for generations of high school students. So when the pandemic canceled the annual dances at schools across Chicago this spring, Boys & Girls Clubs of Chicago stepped up to host a Virtual Prom event for its high school junior and senior members.

Over 60 attendees dialed into the private event, held in a Zoom video meeting room on the last Friday evening of May. BGCC staff designed the evening’s program, which included trivia, contests for categories like Best Dressed and Best Dancer, guest DJ slots, and appearances by Chicago celebrities.

"BGCC has always supported students and making a virtual prom is a great way to cheer us up!” said 18-year-old BGCC member Janet O. “It was so fun to see everyone dress up!"

Speaking of dressing up, the winner of the popular vote for Best Dressed was Allegra, a True Value Club member and high school senior attending college in the fall at the University of Illinois in Urbana-Champaign.

Best Dancer was awarded to Darin from the Pedersen-McCormick Club (our prose could not begin to do justice for the grace, style, and sophistication Darin put on display!)

However, this fall, should a certain football player, from a certain team, from a certain town perform a touchdown dance of equal measure, there’s a good chance that touchdown was scored by Chicago Bears safety Deon Bush, one of the Virtual Prom’s very special guests!

More celebrity guests surprised Club members by popping into the prom, like Sean Mac, a WGCI-FM DJ; and Leon Rogers, host of The WGCI-FM Morning Show and of Later with Leon on Fox 32 Chicago.

And while a spontaneous, fully choreographed group dance did NOT break out at Virtual Prom like in a 90s teen movie, the evening made meaningful memories for Club members and staff. It might not have been the prom those seniors had imagined when they were high school freshman. But for a few hours, on a beautiful Friday night in the city, when they were unable to hug their friends, dance with their dates, or crowd into a photo booth to pose with their crew, these youth were able to dream as if they were. Even in this digital, socially distant way, Virtual Prom captured the best elements of the best school dances: bringing together people who care about each other to laugh, move, support, and celebrate the community they’ve created together.