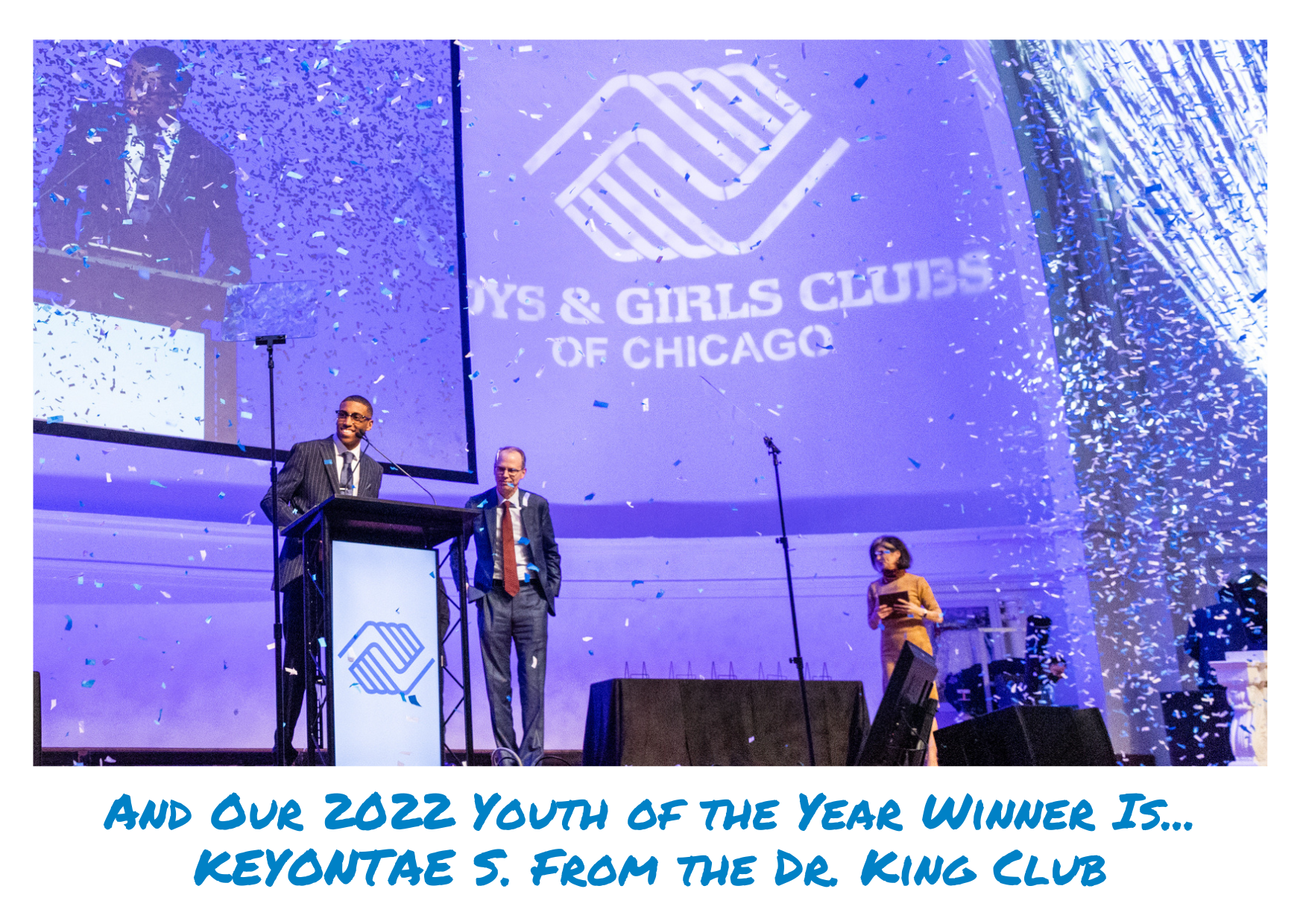 The stage was set, the lights shining, the crowd electric: the Youth of the Year event was back at Navy Pier.

The 2022 Youth of the Year Competition & Dinner event took place at Aon Grand Ballroom at Navy Pier on March 3, where five finalists took the stage to compete for Boys & Girls Clubs of Chicago's most distinguished honor.

The finalists spoke about being Club members for life, creating friendships, but most of all, having a safe place to be themselves.

And in the end, the four judges could only pick one winner: Keyontae S. from the Dr. Martin Luther King, Jr. Club!

Keyontae, a junior, spoke about being a shy, quiet kid, not having any confidence when he first walked into the Club. Well, he took that stage with confidence, discussing how a simple day of playing basketball changed his life. He got off the bench and "got into the game," scoring the game-winning 3-pointer in a game he was hesitant even to play in.

That moment launched him to have the confidence to continue growing in the Club, a place where he got to record his music, play basketball, and find caring mentors.

"Thanks to the Club and its amazing staff, I've been able to focus more on the Club's amazing programs," Keyontae said in his speech. "Having a safe place to learn helped me get into Pre-Law Legal Prep (high school). But, really, what the King Club did for me was so much bigger than just programs. It taught me that I don't have to be afraid to try."

Before the event, Keyontae said he wanted this experience to be a chance to make a difference in a young person's life, to help them gain the confidence he didn't have when he was younger.

"I told [Dr. King Club Director] Ms. Anita and my mom, I don't care about winning," Keyontae said. "I just want to leave this experience knowing somebody at home can look up to me and say if he can do it, I can do it."

Keyontae was joined on stage by finalists Brian H., Citlali S., Morgan L., and runner-up Nigel W. The finalists were chosen during a semi-final round in February by our judges. They interviewed seven candidates – including Leslie A. and Tiara F., and narrowed it to five finalists.

The Youth of the Year event also featured the announcement of the third annual McCartin Family Service Award recipient. Kenya M. was chosen because of her dedication to mentoring Club members, unwavering support of Club staff and service to her community. She received a one-time scholarship of up to $10,000. She plans to major in Nursing in the fall at either Morgan State University, Western Illinois University, or Clark Atlanta University.

Here's a snapshot of coverage of Youth of the Year in the news: 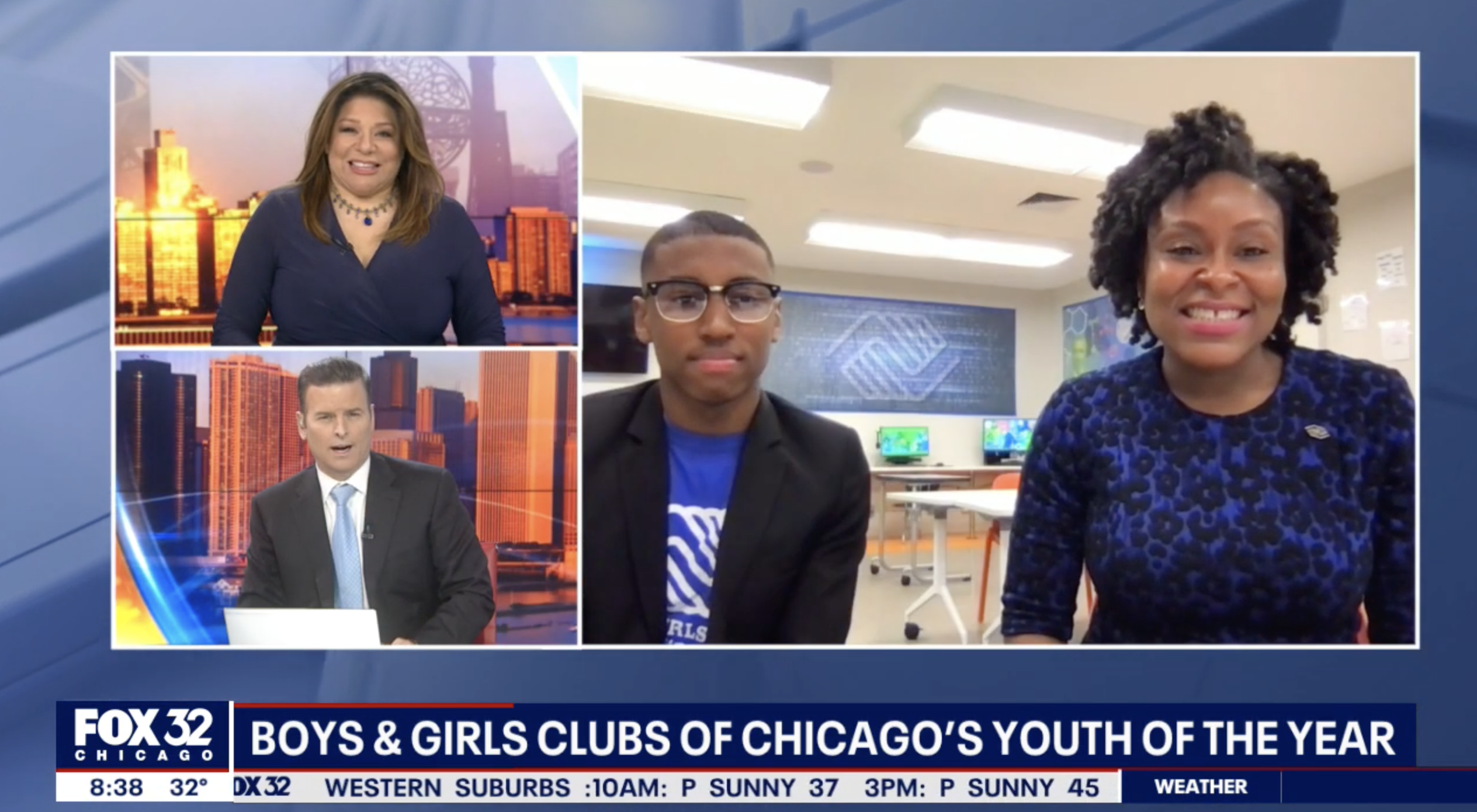 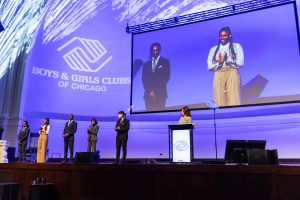 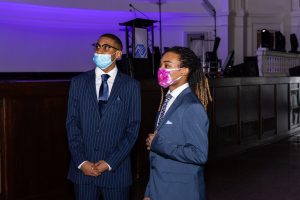 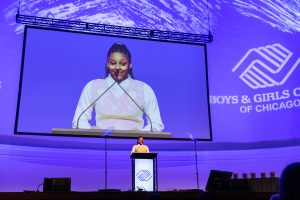 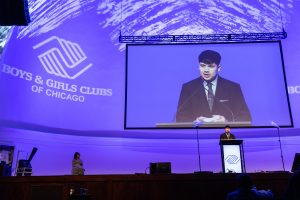 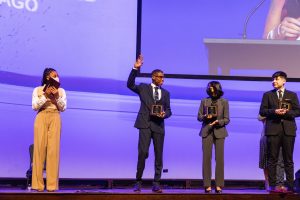 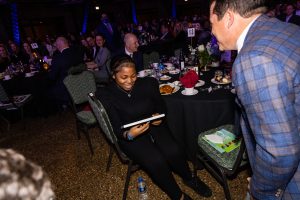 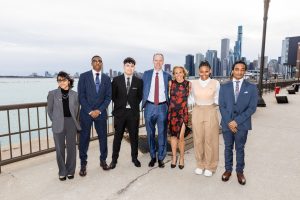 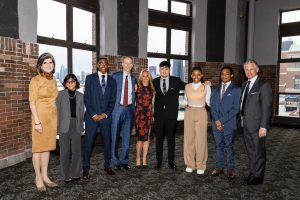 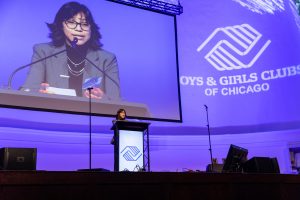 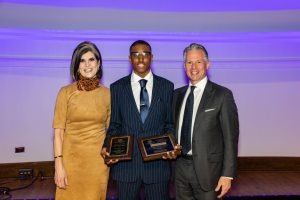 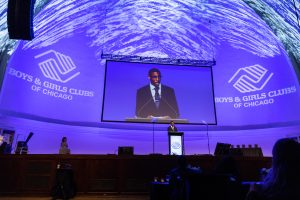 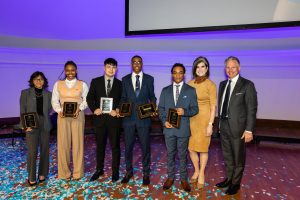 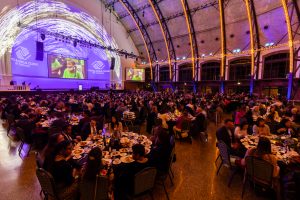 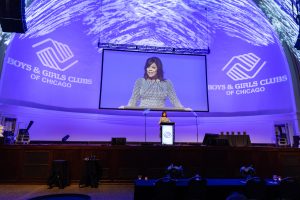