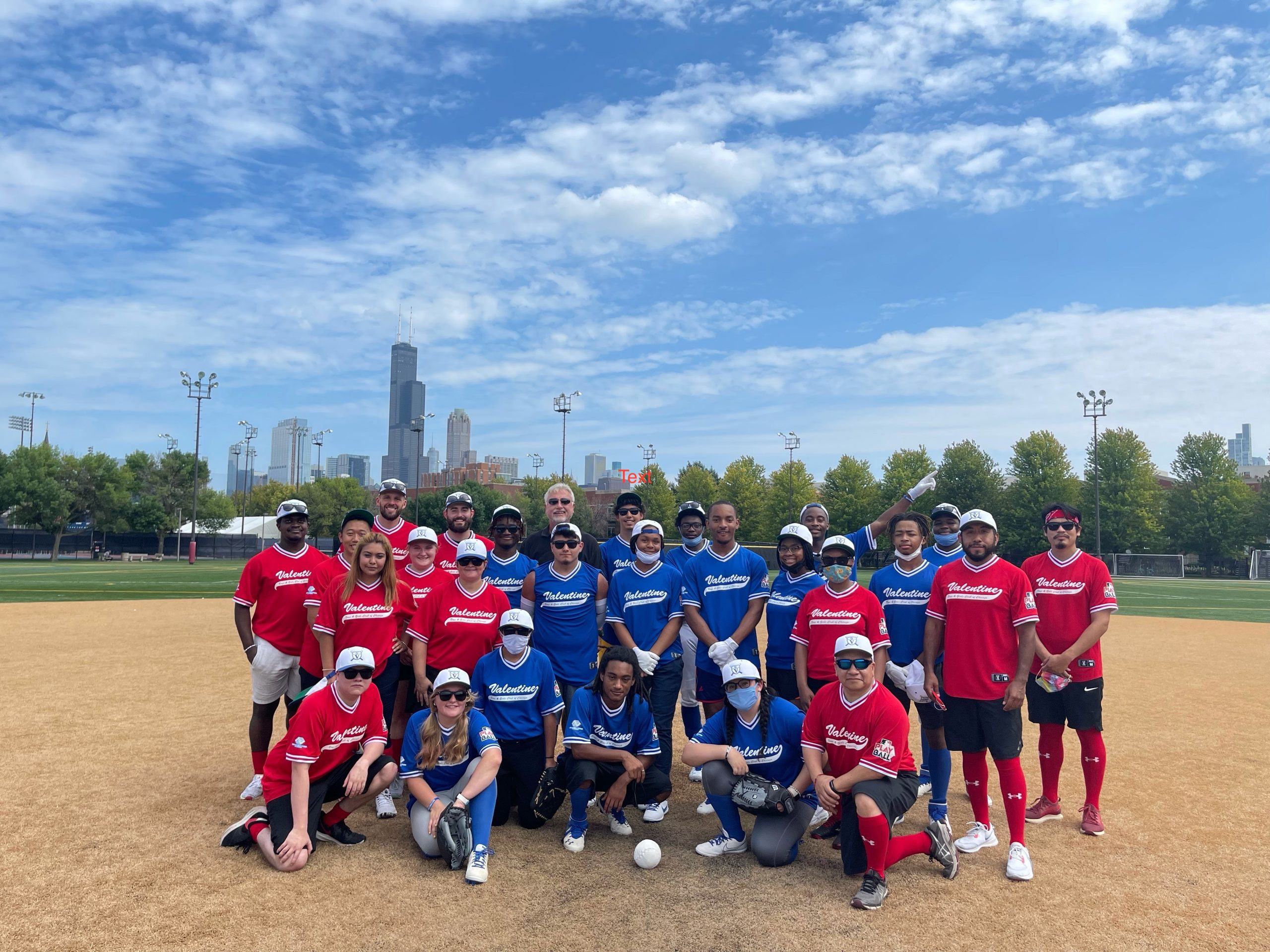 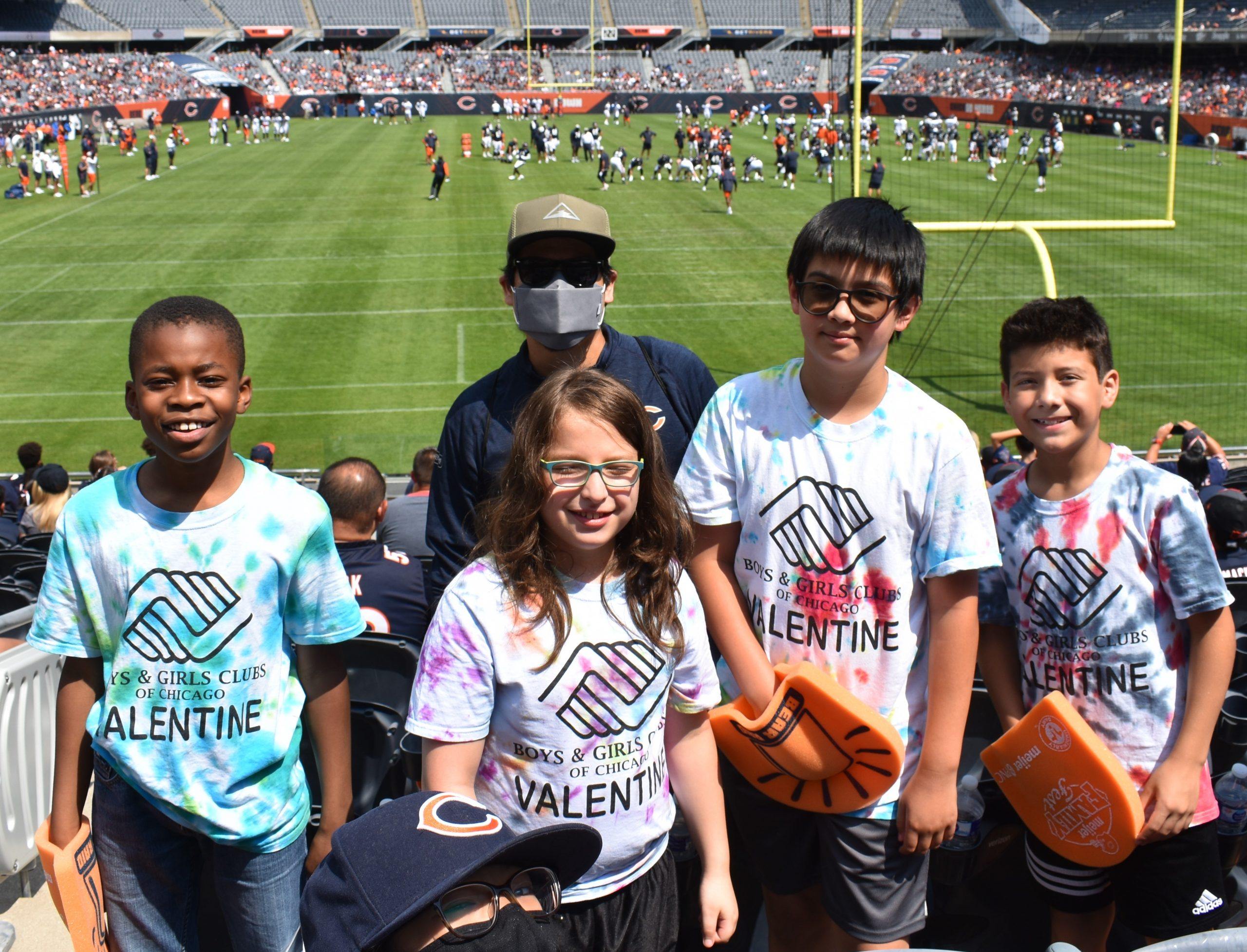 Want to take a deeper dive inside our Club? View the virtual tour below to see the special spaces we have for our kids!

Located in the heart of Chicago’s Bridgeport neighborhood, the Louis L. Valentine Club offers a unique after-school experience for the more than 1,200 members it serves annually.

“We have kids come from all over the city,” says Club Director Dawn Jimenez about the Club’s diverse membership. “During the summer months, we have kids from the suburbs as well. Because [the Club] is centrally located and really easy to get to, we find people travel here to receive the services and attend the programs. At pick-up time, you can see everyone is from everywhere. It’s the real-world experience here at Valentine!”

First established in 1938, the Louis L. Valentine Club was originally a Boys’ Club. It is also an architectural landmark in the community, thanks to the two 50-foot totem poles that flank the entrance.

“Mr. Valentine was a furniture maker and he thought of this design with the totem poles,” explains Jimenez. “He wanted to bless every child that came into the Club — or every boy, because it was a Boys’ Club [back then] — he wanted to wish them well, wish them success.”

Unfortunately, Valentine passed away before [the totem poles] were even carved, but thanks to a sculpture on the West Coast, Valentine’s vision became a reality. The sculpture even convinced the railroad to ship the poles for free across the country! “The totem poles really have a lot of meaning, on many different levels,” says Jimenez.

Adding to the Valentine Club’s rich history is the fact that a lot of famous Chicagoans, such as the Daleys, were once members. “The wonderful thing is that because they gained so much [from the Club], we have people constantly coming back, whether they’re giving donations, they’re time, joining the Club Council… we have many people who want to give back,” says Jimenez. “We kind of instill [those ideals] in the kids now. With the opportunities that we offer them — leadership programs, dance lessons — we offer so much, even helping the kids with college applications. You name it, we do it. We just want to help the kids and show them that helping people, that’s the way to go. And when the kids go off and they become successful, we want them to come back.”

What Makes the Club Special

“We have an indoor pool, so we offer swimming lessons for children ages 18 months all the way to 15 years old,” shares Jimenez, “We also have adult aqua fitness classes, a swim team, and a water polo team. Our current swim team is [comprised] of kids who started taking lessons at 18 months!”

Valentine’s swimmers received a special treat in 2017 when Michael Phelps — the most decorated Olympian in history — paid a visit to promote water safety and even spent some time hanging out in the pool with the kids.

“Another cool thing about this Club is we have a teen center,” continues Jimenez. “This room was recently renovated, and we actually had the teens as part of the process, telling us what they would like to see in the room and what they would like to do in the room. This room is super important within the Club because the teens have their own space,” she says. “It doesn’t discourage them in the sense that they have to constantly share space with young ones, because then it’s not cool. This is a place that they can really call their own. The younger kids, when they’re invited to come in for a special activity or they have to talk to somebody, it’s a big deal. Otherwise they’re just looking in through the windows. They even say, ‘I can’t wait to become a teen!”

The Louis L. Valentine Club also has a dance studio — offering tap, ballet, jazz, and hip-hop lessons — and an art room. “We’re teaching the kids that art is everything and art is everywhere, it’s not just painting and drawing,” explains Jimenez.

The kids can also let loose in the gym, on the playground, or in the game room, where they can partake in a variety of games such as foosball, pool, and ping-pong. “The game room is a place for the kids to come in and learn how to socialize in real life,” notes Jimenez. “A lot of times, kids are just stuck on their technology — whatever it may be — and so the kids come in here and learn how to play together in real life, they learn sportsmanship.”

The Most Important Thing the Boys & Girls Clubs Offer Youth

“I think it’s the bond between staff and members, because that’s what really builds the programming,” says Jimenez. “If the kids aren’t connecting with anybody, they’re not going to come back. It’s really listening to the kids and seeing what it is they like, what they want to do, because in the end, that’s why we’re here. We want kids to be kids.”